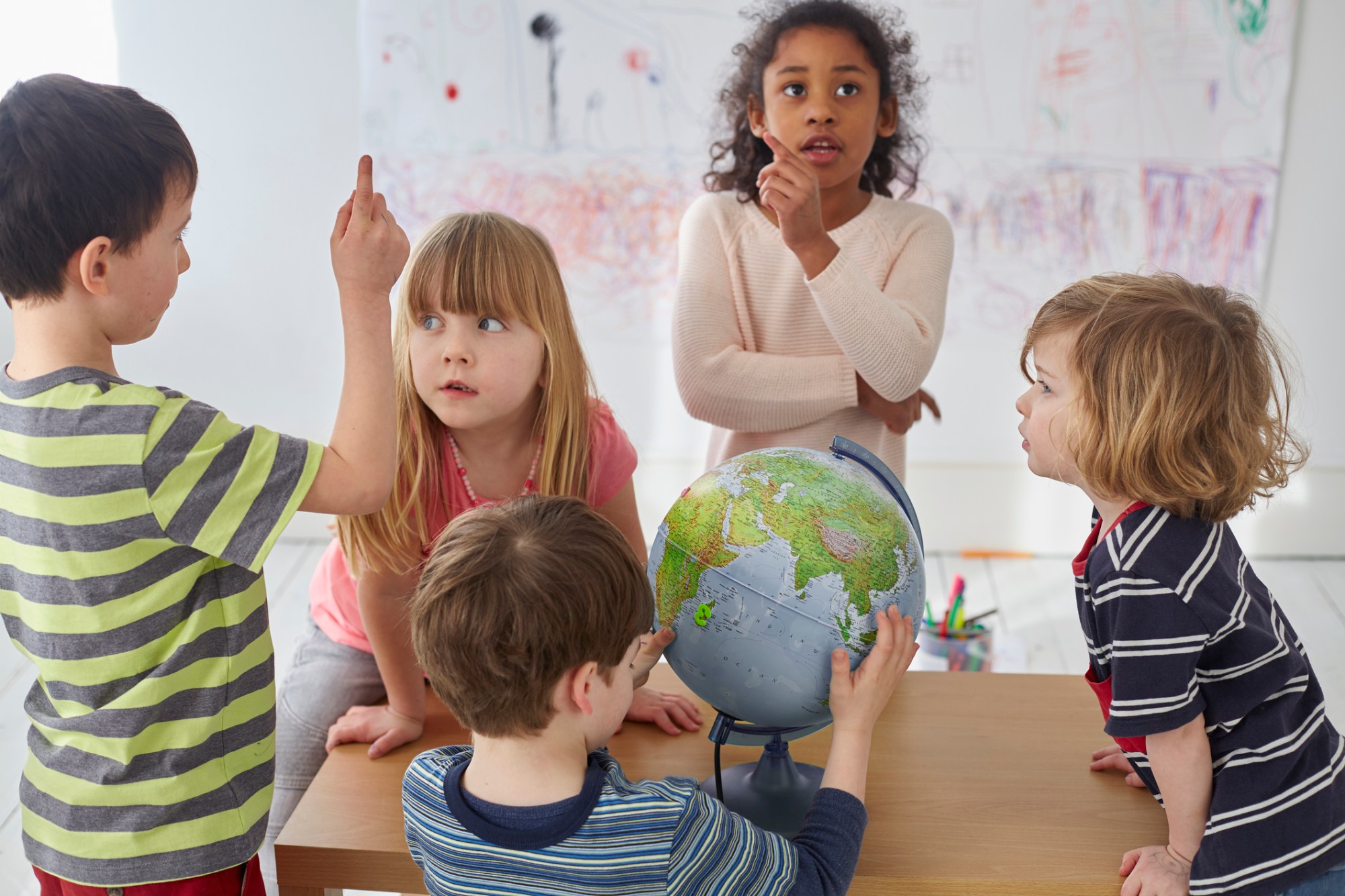 Crosscutting concepts, or CCCs, are one of the three dimensions of 3-D science standards. They are themes that appear again and again across STEM subjects. In the NRC’s “A Framework for K–12 Science Education,” CCCs are defined as “concepts that bridge disciplinary core boundaries, having explanatory value throughout much of science and engineering. These concepts help provide students with an organizational framework for connecting knowledge from the various disciplines into a coherent and scientifically based view of the world.” (1)

While they can feel slightly abstract, the CCCs are crucial to building content knowledge and understanding scientific processes. As students progress in their scientific education, these concepts will appear in multiple disciplines, again and again, and should become more and more familiar. They will work as touchstones that students return to as they discover new phenomena and make sense of the world. (2)

There are seven CCCs defined in 3-D science standards:

Patterns appear again and again in nature and science—such as the symmetry of flowers, the lunar cycle, the seasons, and the structure of DNA. Being able to recognize patterns is important for many scientific tasks, like classification or analyzing and interpreting data. Students need to be able to not only recognize patterns, but also ask questions about why and how patterns occur.

2. Cause and effect: Mechanism and explanation

Cause and effect can be seen as the next step after identifying patterns. This CCC involves discovering the underlying cause of phenomena, understanding connections and causation, and finding out why one event might lead to another. This concept will also help students when planning and carrying out investigations, or designing and testing solutions.

A big part of investigating phenomena involves comparing them using relative scales (e.g., bigger and smaller, faster and slower) and describing them using units of, for example, weight, time, temperature, and volume. Many of the phenomena students study are at a scale either too small or too large to observe, and models can be used to make sense of them—such as comparing the planets in our Solar System to fruits of different sizes.

To make the world easier to investigate, scientists often study smaller units of investigations, or “systems.” A system contains objects that are related and form a whole. It can be as large as a whole galaxy and as small as the human circulatory system. Or even smaller—a single molecule. System models are useful tools for studying how a system behaves in itself and how it interacts with other systems.

Building on the previous concept, this one emphasizes that energy and matter flows in and out of any system—for example, the sunlight (energy) and water (matter) that a plant needs to grow, or the flow of water in the Earth’s atmosphere. Being able to observe and model these flows and cycles is important in many areas of science and engineering.

This concept refers to the shapes, relationships, and properties of materials in natural and human-made systems. In engineering, for example, understanding the structure and function of different materials can help the engineer create a more effective and successful design.

The final CCC has to do with understanding how change occurs in any system and how we can use technology to control change. It also focuses on understanding concepts like dynamic equilibrium, where the perceived stability of a system depends on constant change, e.g. the flow of water through a dam that is always at the same water level, as well as cyclical change, e.g. the Moon’s constant orbit around the Earth and how it affects, for example, tides.

Each of these crosscutting concepts contains a wide variety of examples and applications which students work through during their academic career.

How do you make sure that you cover the CCCs?

To ensure that you hit the three dimensions of 3-D science standards, you need the support of a good 3-D science program. Twig Science is a phenomena-based science program for Grades PK/TK–8 created specifically for 3-D science standards, ensuring all students have an interwoven understanding of Crosscutting Concepts, Science and Engineering Practices, and Disciplinary Core Ideas. In Twig Science, students experience dozens of different STEM roles as they become creative problem solvers, making sense of engaging, real-world phenomena.