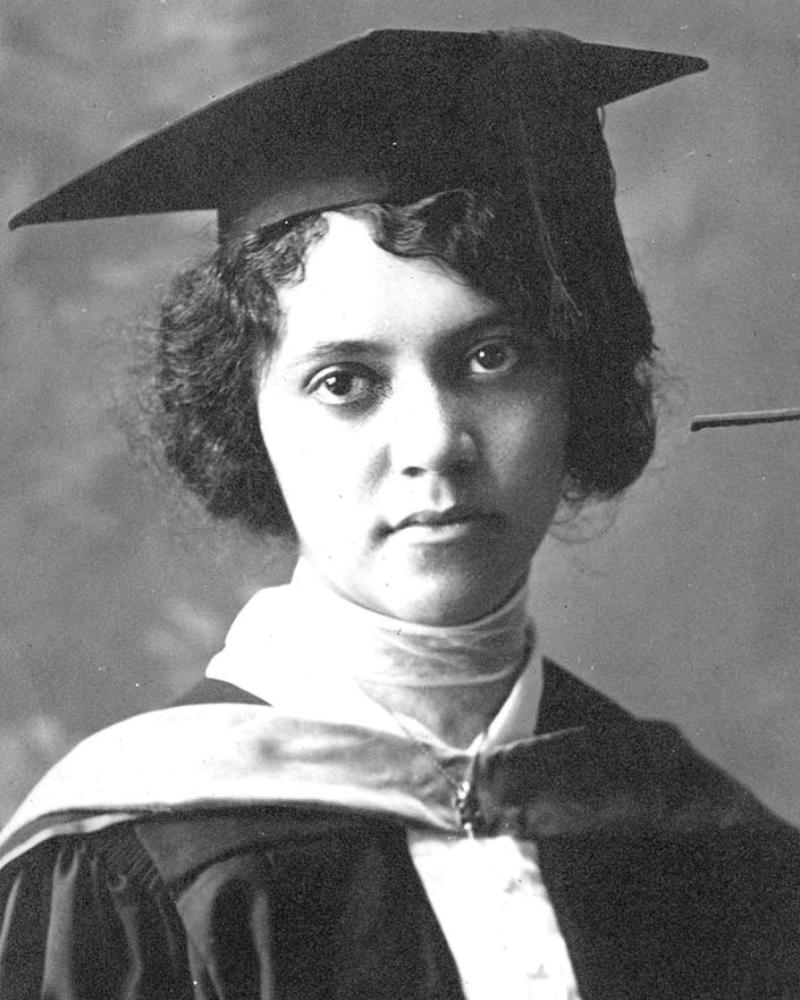 Nowadays, leprosy is a disease that can be easily treated by antibiotics, as long as it is diagnosed early enough. However, before the development of antibiotic medicine in the early 20th century, people were terrified of the disease and the disfigurement it brought with it. Many scientists worked to develop treatments to alleviate the suffering of those with the disease.

One such scientist was Alice Ball, an African-American chemist born in Seattle in 1892, although she had her work stolen from her, and it took years for her to receive full credit.

After graduating from Seattle High School, Ball earned two bachelor’s degrees from the University of Washington—one in pharmaceutical chemistry and one in the science of pharmacy. She was offered several scholarships and went on to study for a master’s degree in chemistry at the College of Hawaii (now the University of Hawaii), focusing on the chemical properties of the kava plant. After graduating, she was offered a position as a chemistry instructor—becoming the first African-American woman to teach the subject at the university.

Her expertise in plant biochemistry led to her becoming the research assistant of Dr. Harry T. Hollmann, working at the Kalihi Hospital in Hawaii. There, she studied the chemical properties of chaulmoogra oil, which at the time was the most effective treatment for Hansen’s disease, also known as leprosy. The oil had been used as a treatment since the 1300s, but it wasn’t very effective—it was so sticky it couldn’t be used topically, and if it was injected it would clump under the skin instead of being absorbed.

Within just a year, Ball came up with a new technique that made the oil injectable. Through chemically modifying the oil, she turned it into a water-soluble solution that could easily be absorbed by the body, with minimal side effects. Before this, leprosy was considered an incurable disease and those infected were often isolated and shut out from society, as people feared the disease spreading. The injectable oil extract completely changed the lives of leprosy patients and remained the favored treatment until the 1940s, when antibiotics were invented.

Ball was only 23 years old when she came up with this technique. Sadly, she became ill during her research—likely due to an accidental exposure to chlorine while teaching. She returned to Seattle for treatment, but died a year later. Her death meant that she wasn’t able to properly publish her findings. Instead, the president of the College of Hawaii, chemist Arthur Dean, stole her work, published the findings in his own name, and began producing the injectable oil.

Finally, in 1922, Hollmann published a paper in which he gave Ball credit for the research, after which the technique became known as the “Ball Method.” Today, Ball holds a posthumous Medal of Distinction from the University of Hawaii, and in 2017 a scholarship was established in her name.