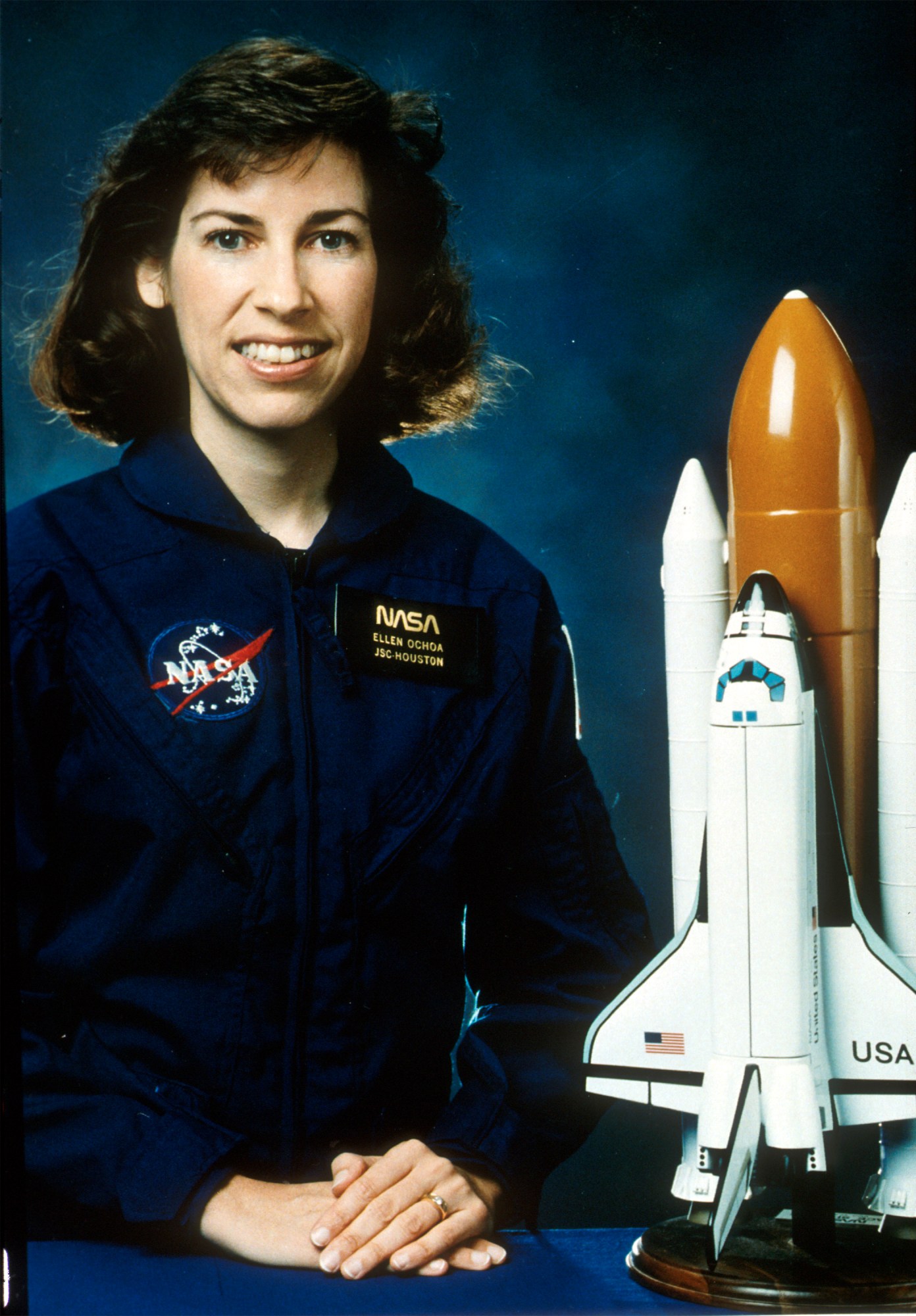 In 1993 Dr. Ellen Ochoa became the first female astronaut of Hispanic origin. Born on May 10, 1958 in Los Angeles, California, she studied physics at San Diego State University and later earned a PhD in electrical engineering from Stanford University. Her first mission, STS-56, took off from Kennedy Space Center on the space shuttle Discovery and lasted 9 days.

“My first two flights we were studying the Earth’s atmosphere and so when you get up there, and when you see this very very thin blue line, and you realize… okay that’s the only thing keeping people alive, on the surface of the planet. If we didn’t have that atmosphere, we would not have people.“ (1)

Ochoa had a 30-year career at NASA. During her time, she accomplished four space flights, spending a total of nearly 1,000 hours in space. During her missions, she led various science activities, operated robotic arms, and worked as a flight engineer. From 2008, she was the deputy director of the NASA Johnson Space Center in Houston In 2013, making her the first Latina and second female director of the Space Center.

Ochoa has participated in numerous campaigns for improved education, with particular focus on improving STEM opportunities for girls and people of color. In her own words: “Curiosity is probably one of the most important characteristics that people have who go into science, and engineering is about solving problems and creativity. I think those are things that really appeal to girls, but it’s not necessarily spoken of that way when people talk about science and engineering.” (2)

According to a UNESCO study, only 35% of STEM career students are women. (3) The study highlights that excluding women from STEM research will subsequently exclude them from large parts of the future job market. Most studies that look at future career opportunities confirm that STEM skills will be a common requirement. In addition, scientific innovation and development is likely to be impacted if brilliant minds are left out. If we want women to be included in tomorrow’s economic future, girls need to be encouraged to take part in STEM studies today.

At Twig, we understand that it’s important to not only provide students with high-quality educative resources, but also to give them content that showcase STEM workers and researchers that students can identify with.