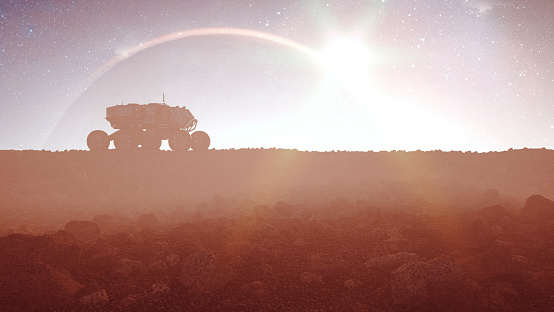 We’ve all heard the stereotypical jokes about women in STEM, and particularly female engineers. There’s a long list of things that women are apparently bad at: technology, science, maths and driving, to name just a few. Never mind that the world owes much to female scientists and engineers in terms of innovation and progress. It was Lise Meitner, a physicist and chemist, who co-led the team that discovered nuclear fission; while she was never given formal credit, the element meitnerium is named in her honour. MIT astronomer Sara Seager has discovered a total of 715 exoplanets using the Kepler space telescope in her search to find another Earth-like planet, and biomedical engineer Nina Tandon is responsible for devising a way for the stem cells in a patient to be used for growing custom-fitted bone cells in under four weeks. Women have made significant scientific contributions to environmental care, too – Kristen Marhaver is a marine biologist researching coral reproduction and what juvenile corals need in order to survive today, which is time-sensitive work given the large-scale destruction of coral reefs around the world.

However, one female engineer in particular has proved her driving skills to be out of this world – quite literally. Vandi Verma is an accomplished roboticist and part of the team that designed and operates Curiosity, the Mars rover. Verma doesn’t just drive Curiosity; she also helped build it and wrote the operating codes that are used to run it. Her job is further complicated by the fact that she’s building machines on Earth that will operate on an entirely different planet. This means she has to take into account factors like different forces of gravity, varying atmospheric pressure and unfamiliar geographical terrain. Every calculation must therefore be precise; the machines require intelligent and careful programming, as remote repairs aren’t possible.

Verma’s job of creating a sturdy robot capable of withstanding Martian elements was a big mechanical challenge, as the rover is more than just a vehicle made for alien terrain; it’s also a mobile science laboratory. Mars has a very dusty environment and experiences extreme climates, cycling through blistering heat and sub-zero temperatures every day. The sturdy solar panels had to be designed in such as way that they wouldn’t become damaged by heat, radiation or Martian dust. The other delicate instruments on board also need to be protected against the dusty environment. Curiosity moves on metal wheels, rather than inflated tyres, to help it negotiate the pressure and temperature differences alongside the rocky terrain. As Curiosity is also essentially a laboratory on wheels, it is equipped with various instruments that help it collect samples and analyse its environment. These include X-ray diffraction instruments to determine the mineral composition in the soil, drills and a scoop to collect soil samples, and cameras (both coloured and black and white) to take photographs. Built-in equipment such as thermal sensors monitor the rover’s condition so that when it gets too cold, heaters can be activated to keep the rover from freezing over. Curiosity is also designed to be an intelligent robot – Verma controls where the robot is initially positioned and then switches Curiosity over to auto mode. The rover then records images of its environment and beams back the data to the team on Earth.

Verma also helped write the simulation software that operators use to map out the rover’s route for the following day. Every evening, Curiosity sends back important information along with its coordinates before it shuts down for the night. Verma and other operators then use this information to map out the following day’s route, covering a number of difficult manoeuvres over difficult terrain. This route is then beamed back to the rover, and another day of extra-terrestrial exploring ensues.

Verma’s journey to Mars began by driving a tractor in the fields of India. Today she is a strong role model for millions of young women all over the world who seek to pursue their STEM dreams, which shows the importance of encouragement. Who knows where the next Vandi Varma might be?